Toxic. It’s a bad word, right? If something is toxic, or poison, it will kill you. Period.

How about this one: sugar.

Well, if we’re to believe everything we read in the media, sugar is one of the worst poisons there is. And you’re killing yourself with it RIGHT NOW (don’t deny it. I see that double caramel latte you’re sipping).

Prominent experts have said it, including a REAL DOCTOR. Dr. Robert Lustig made a very convincing video detailing how sugar–particularly fructose–is killing us softly. Gary Taubes of the New York Times Magazine even voiced his support for Dr. Lustig’s hypothesis back in 2011:

…But Lustig, who has genuine expertise, has accumulated and synthesized a mass of evidence, which he finds compelling enough to convict sugar. His critics consider that evidence insufficient, but there’s no way to know who might be right, or what must be done to find out, without discussing it.

If I didn’t buy this argument myself, I wouldn’t be writing about it here. And I also have a disclaimer to acknowledge. I’ve spent much of the last decade doing journalistic research on diet and chronic disease — some of the more contrarian findings, on dietary fat, appeared in this magazine —– and I have come to conclusions similar to Lustig’s.

There’s no way to know who’s right…but Taubes is pretty sure he knows the answer.

Mark Bittman, whom I dearly love, has taken up the Sugar as Poison campaign, too:

Sugar is indeed toxic. It may not be the only problem with the Standard American Diet, but it’s fast becoming clear that it’s the major one.

With all this evidence against sugar as THE culprit in all our flabby obese misery (though please see this excellent article), this headline in the Washington Post should come as no surprise: Study: Sugar even at moderate levels toxic to mice health, reproduction.

That’s right, kids. If people and mice are essentially the same, then sugar is killing your sex life, too. Well, besides just making you unattractive. Why would I jump directly from a headline that specifically mentions the study was done in mice to extrapolating that result to humans? Because the Washington Post does it! Here’s the very first sentence in the story:

Sugar, even at moderate levels, could be toxic to your health — or at least to your sex life, a new study says.

What does the Washington Post say about this breakthrough scientific discovery?

Scientists at the University of Utah looked at how sugar affected mice and found that the mouse equivalent of just three sugary sodas a day had significant negative effects on life span and competition for mates.

“That’s three sodas if the rest of your diet is pristine and sugar-free,” said lead author and biologist James S. Ruff. “And those are 12-ounce sodas, not double Big Gulps.” 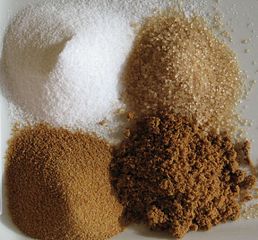 Hmmm…well, given the amount of sugar people consume these days, that really doesn’t seem like much does it? The study compared mice whose diets were 25% sugar to mice that consumed the same total number of calories, but far less sugar. According to the article, a quarter of Americans’ diets are also about 25% sugar. Seems pretty solid.

After 26 weeks on either the sugar-rich or normal diet, mice were moved to room-sized barns to mimic a more “natural” environment, where they would have to compete for resources.

What were the lasting effects of this moderately sugary diet? Well, on the sex side of things (which as you know is what I’m mainly interested in), males on the sugary diet failed to mate as often, because they weren’t able to maintain control of a territory. Female mice on the sweet-tooth diet died more quickly than their healthier sisters. The study authors suggest this is because they couldn’t handle the burden of reproduction (but no actual evidence is given to support this).

But mice and humans look different, smell different, and get their mates in somewhat different ways. Why should I be afraid of sugar? As Wayne K. Potts, a professor at the University of Utah and senior author on the paper pointed out:

About 80 percent of substances that are toxic in mice are toxic for people as well, said Potts, so it is likely that the effects of extra sugar could be similar in humans.

Well, there you have it. If it’s bad for the mouse, it’s probably bad for the man. Too bad we don’t know much more, like whether mice and humans metabolize sugar in the same way. Oh wait! Yes we do!

Fructose–the most highly vilified sugar there is–gets processed mainly by the liver. In humans, very little of the fructose (less than 1% according to studies that have traced fructose’s fate in our bodies) gets turned into fats. On the other hand, mice turn more than 50% of fructose they ingest into fat. 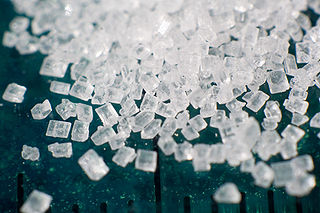 Sucrose. It will kill your sex life, if it doesn’t kill you first. (photo credit: Laurie Andler (phantom) via Wikimedia Commons)

(By the way, the study used a 50/50 blend of fructose and glucose in their high-sugar diet, which the WaPo article describes as “a combination of sugars that mimicked high fructose corn syrup.” I find this interesting, especially since HFCS 55–the type with the most fructose–is 55% fructose, about 42% glucose, and a small amount of other sugars. Do you know what IS 50% fructose and 50% glucose? Sucrose. Regular old white table sugar. So maybe we can stop with the “High fructose corn syrup is evil, OMG!!”)

But so far, all of this is hearsay, from the news article. What about the primary research article, published in Nature Communications? Is this simply yet another case of the media over-hyping scientific findings?

Sadly, no. This one the authors over-hyped themselves (probably in order to get into a “better” journal). The wording in the WaPo article is almost exactly the wording found in the abstract. Christ, the leap to humans is even made in the title:  “Human-relevant levels of added sugar consumption increase female mortality and lower male fitness in mice.”

Does this mean this paper is essentially crap? No, of course not. The methods are novel, the analyses are solid, and the results are extremely interesting. The fact that they use wild-derived mice alone is interesting. This paper might have something very important to say about the interaction between diet and mouse population dynamics. It just doesn’t have ANYTHING to say about how sugar affects the human lifespan or human fertility.

And we wonder why so many people don’t trust science. We’re doing it to ourselves.