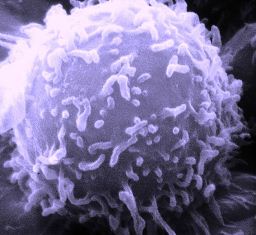 All kinds of things go into a woman’s vagina. Some are friendly (like sperm and vaginal microbes), and some are very bad (STDs). The immune system in the vagina has to be able to tell the difference and react appropriately. As you can imagine, the system isn’t perfect and sometimes things go terribly wrong.

An article published earlier this month in the journal Fronteirs in Immunology (available online for free) reviewed the current state of knowledge of the vaginal immune system. The paper was written by Gary Clark and Danny Schust of the University of Wisconsin. I just wanted to highlight some of the points from the article here and talk about some interesting issues related to vaginal immunity.

The vagina (and the rest of the female plumbing) isn’t the only place the immune system has to be careful about what it attacks. The gut, for instance, has to recognize that proteins in your food aren’t cause for alarm, but proteins from bad bacteria require action. Sometimes, the gut forgets to include a normally friendly protein, like gluten, on the guest list. In this case, the immune system reacts violently against the person’s intestines every time he or she eats wheat products, leading to celiac disease.

The vagina and uterus have to deal with a whole different level of discrimination. The level of scrutiny that alien cells and life-forms receive has to be flexible to allow for special circumstances (pregnancy). The vagina has to be vigilant against microbes (but only the bad kinds–plenty of good bacteria live in there and are pretty important. Bacteria, fungi, and other gross stuff that enters the vagina during sex has to be quickly taken care of, but alien proteins and cells (semen and sperm) have to be allowed in. Even HIV needs special care by the immune system, since a head-on attack actually helps the virus infect the host. Part of the immune system has to hit HIV hard, while other parts that lead to inflammation have to stand back.

And if a woman should become pregnant, her immune system has to know that it can’t attack the growing fetus, even though it’s technically a foreign object.

The review article (see reference below) compares the attaching embryo to an organ transplant. Both have protective layers that should guard against immune attack. In the early embryo, this layer is called the zona pellucida (ZP). Even so, transplanted organs are routinely attacked by the immune system. On the other hand, unless something has gone terribly wrong, embryos in the uterus are safe.

This may be because the ZP has a secret code that tells the immune system to back off. The code consists of sequences of sugars that are stuck to the outside of the ZP. No other cell type has this kind of sugar code to protect it from destruction.

But what about when the embryo outgrows the ZP? Before implantation, the blob of cells that is the embryo hatches out of its protective ZP. Implantation into the uterus is dangerous stuff for a tiny embryo. It has to get past many layers of tissues with lots and lots of immune cells in them, all while signaling to those immune cells that its a foreigner. Yikes! See, the world was against you even before you had a notochord.

There are many studies pointing to factors produced by the mother that may protect the developing embryo. Even dads pitch in to help the vulnerable embryo. Proteins in the seminal fluid help recruit a special type of immune cell to the site of embryo implantation. These cells, regulatory T cells, help train the female immune system to recognize the embryo and not destroy it.

On the other hand, there is still much left unexplained about how embryos survive the complex and scary environment that is the uterus. The developing embryo does not have an active human leukocyte antigen (HLA), which includes many of the immune system genes. If it did express HLA, the mother’s immune system would attack because of the foreign immune proteins being pumped out. But, there are special immune cells surrounding the embryo that specifically attack cells that don’t express HLA. No one yet knows how this doesn’t lead to destruction of the embryo. The review authors suggest that high levels of certain female proteins that suppress the immune system might be the answer, but more research is needed.

As you might expect with a system this complex, there is a lot of room for error, and mistakes do happen. The current thinking is that many miscarriages may be explained by auto-immune disorders. The crazy part: those diseases may actually be triggered by pregnancy.

The female reproductive tract. Or, as sperm know it, The Danger Zone. (Image via Wikimedia)

Even getting to the point of having a fertilized egg is a major triumph. Sperm have to pass through the medieval gauntlet of the vagina and cervix, losing many brothers-in-arms, before getting anywhere near an egg. When sperm enter the vagina, it sets off a rapid response in the cervix called the leukocyte reaction. A whole slew of immune cells rushes to attack and kill the invading cells, also known to the future baby as ‘dad’. This might be partly why millions of sperm are needed in order for just one to fertilize an egg.

This angry reaction of the part of the female to sperm might seem harsh, but it probably helps both the mother and the developing baby in the long run. Even though it initially causes an immune reaction, semen contains many different factors that suppress the immune system. These might have the effect of protecting mother and baby from unpleasant immune attacks in the future. Studies also suggest that prolonged exposure to semen actually helps train the immune system to recognize the male’s proteins so that when the embryo starts to express them, it doesn’t become one big target. This could also protect the mother from certain pregnancy-related immune disorders. That’s right ladies: more sex is better for you and your future children. You can thank science for that little tidbit.

Of course, putting all these different studies from different animals (humans, mice, dogs, etc) together to form a complete view of the vagina immune system is still a huge challenge. Basically, every time you have sex you’re exposing yourself to foreign antigens, proteins that tell the immune system to attack. And from the point of view of the uterus, a developing embryo is basically a big half-alien tumor.

But it works, right? Why do we really need to understand why the immune system doesn’t tear up every fertilized egg? Can’t we simply accept that it does? Well, because sometimes things go very, very wrong. And we’d like to fix it.

If you check out one of my previous posts you can see how this is bad for both men and women. In men, an extremely rare condition called post-orgasmic illness syndrome causes men to be allergic to their own seminal fluid. The effects are flu-like and can last up to a week. Semen contains lots of proteins that don’t exist elsewhere in the body, so they are kind of alien even to the man who produces them.

Women, more understandably, can also be allergic to semen. In women with seminal plasma hypersensitivity, the effects can be potentially life-threatening. Thankfully, using a condom completely protects these women. The problem occurs when she wants to have a baby. Many different treatments have been tried, with varying success depending on the woman. Since the allergy seems to be caused most often by proteins in the semen, and not by sperm itself, inseminating her with washed sperm can get around the issue. Unfortunately, this is extremely inefficient because, it turns out, all that other crap is in semen for a reason. Desensitizing the woman with increasing concentrations of semen has also worked in some cases, but of course this can take years.

Some studies have linked seminal hypersensitivity to the protein Prostate Specific Antigen (PSA), which you might recognize for its role in some diagnostic tests for prostate cancer. Interestingly, a protein related to PSA is also found in dog dander. Biology in all its glory has led to a circumstance where dog allergies and semen allergies intersect. The results can be fatal.

With all the terrible ways that sex and reproduction can go wrong it’s amazing that for most of us, the system actually works (especially those of us not having sex with dogs–see last link above).

2 thoughts on “The discriminating vagina”